Krav Maga is an Israeli system of hand-to-hand combat and self-defense. The official “patriarch” of Krav Maga is Imi Lichtenfeld, a Jew who was born in Budapest, and who grew up in Bratislava. His father, Samuel Lichtenfeld (wrestler, founder of the weightlifting club, and then the chief detective of the city police department), taught his son everything that he knew, and also organized his training in many other sports. He was engaged in swimming, gymnastics, wrestling and boxing. In the mid-1930s, Imi led a group of young Jews, athletes like him, to confront the fascist and anti-Semitic groups that appeared in Bratislava. This period can be called the beginning of the formation of Krav Maga, as a mix of wrestling, boxing, and special physical training, repeatedly tested in real street clashes. They emigrated to Palestine and helped the establishment of the state of Israel initially in the military organization "Hagan", the forerunner of the IDF (Israel Defense Forces), and then in 1948, with the birth of the state of Israel, he began serving in the IDF, where he became the chief instructor in physical training and hand-to-hand combat. So a new discipline was born, which was originally called simply close-quarters fight (Krav Maga). 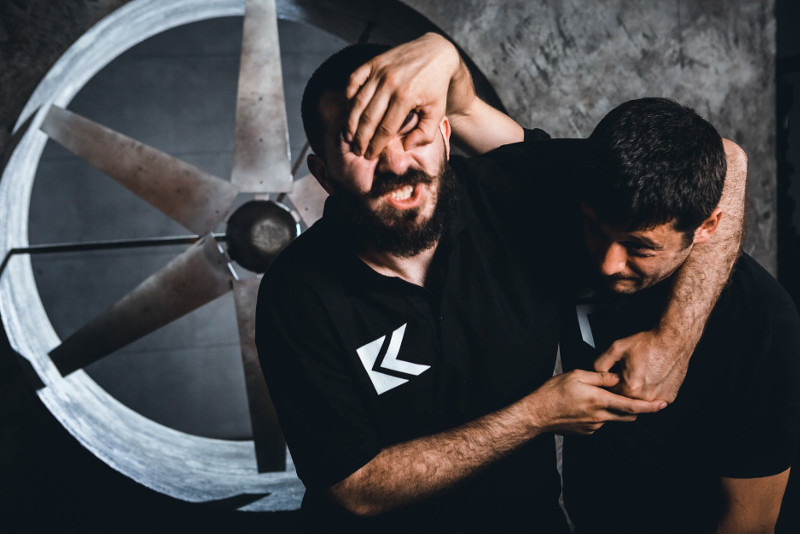 Krav Maga is not a technique, it is a tactic. The technical arsenal can change (as has already happened many times since the times of Imi). It is the principles that form the substance of Krav Maga.

Initially, the whole technique breaks away from three assumptions:

Therefore, the Krav Maga always takes into account that

This allowed the formation of the following Krav Maga principles:

The threat in this case is not the enemy as a whole, but a specific action, a strike with a hand or knife, maybe grab, etc. So it is important to neutralize the threat before the action has taken place and to react not when you were captured or strangled, but react to the attempt of such an action as quickly as possible. It means "becoming your own bodyguard." Keep your personal space, respond to pushes, grabs, outstretched hands in your direction. Consider any action in your direction as a possible threat. The attack should not be sudden. It is necessary to analyze possible threats and keep the “point of threat” as far away as possible.

If the case of only defending youself from enemy attacks, there will be no time for retaliatory action. In order to achieve simultaneous defense and counterattack the following solutions are used:

The technique should be as simple as possible, but at the same time most effective. Krav Maga tries to take as a basis the simplest attacking actions and work with instinctive defense. For the same reason, Krav Maga attaches great value to strikes on vulnerable points and usage of improvised tools.

You must remember that the enemy may not be alone, respectively, an attack from the side or from behind can follow at any time. So, after dealing with your opponent it is necessary to break the distance by pushing the enemy away. After that, you need to look around, assess the situation and decide what to do next. The most reasonable solution is to leave the place of conflict as quickly as possible. (As for the police or army force, then you move on to the detention phase)

Another very important feature that distinguishes Krav Maga from other similar techniques – an approach to training. Most commonly, having introduced fighters to the basic techiques, instructor simulates different conflict situations forcing the students to work and test the learned material in situations close to real life attacks. One of the Krav Maga mottos sounds like «we fight like we train and we train like we fight». 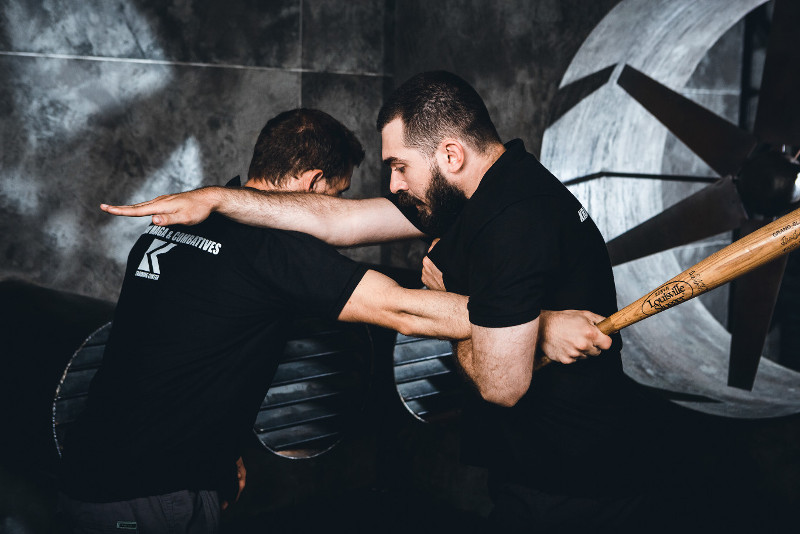 Today, Krav Maga is one of the best examples of a professional approach to the building of a modern system of self-defense and hand-to-hand combat.