ТАКТІКА Combatives is the Ukrainian system of hand-to-hand combat and tactical training. The system was founded in Ukraine in the mid-1990s with the help of specialists in close-quarters fighting and martial arts, officers and veterans of the Armed Forces, Ukrainian National Guard, and the Ministry of Internal Affairs. During the development of Taktika Combatives system experts from the United States, Great Britain, Israel, and other countries were consulted.

The system is based on special training and melee techniques developed during the Second World War and the post-war years. The principles of biomechanics, the latest achievements in the field of psychology and physiology, system analysis, decision theory and other modern scientific techniques were used in the development of Taktika Combatives. The best foreign experience in the field of close combat and combat operations in local conflicts of recent decades was applied to the process of creating and improving the system Specialists in hand-to-hand combat, veterans and active soldiers from Ukraine, USA, Argentina, Peru, Mexico, Chile, Egypt and other countries, as well as experts in applied psychology, physiology, medicine and rehabilitation were involved as consultants. 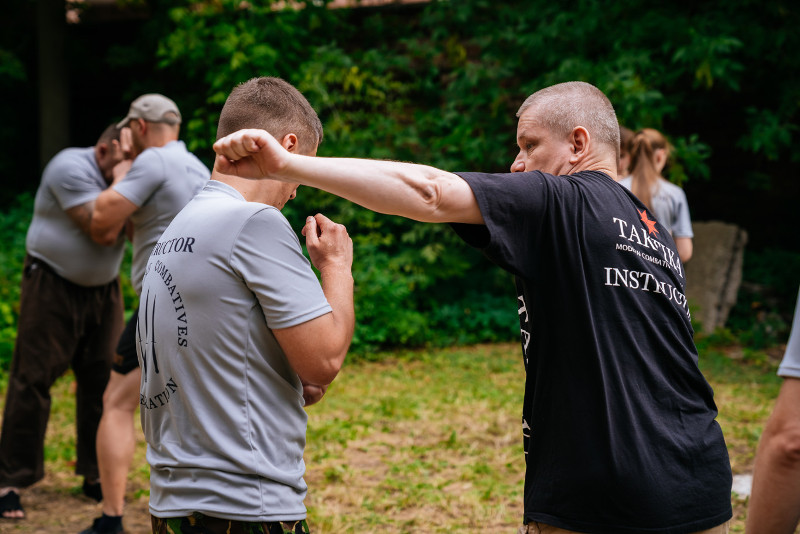 Nowadays, Taktika is a complete and complex modern close-quarters combat system with stable technical arsenal and training methodology. Tactika principles allow students to develop the necessary minimum of skills for a short time. Those skills include instinctive movement stereotypes, attacks and defenses as well as the basics of tactical thinking.